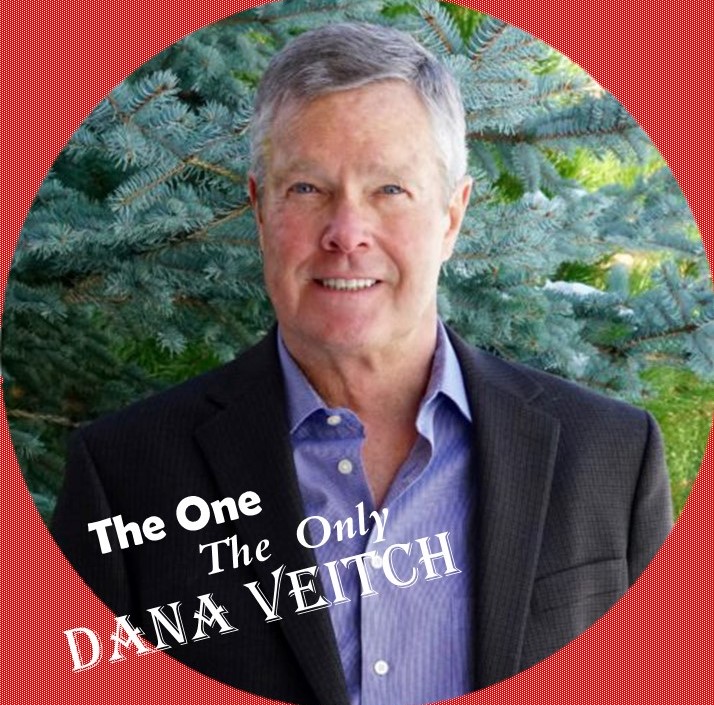 Here’s the next installment of getting to know KissCam.  My next victim, I mean topic, is the one and only mastermind behind KissCam, Dana Veitch.

I know you all want to know more Dana, and of course, one would have to start at the beginning.  Dana was born and raised in Tulsa, Oklahoma. He graduated high school and entered college. In 1978, he graduated from Western State College in Gunnison, Colorado and lived in Denver through the 80’s with big hair and pinch rolls (I know some of you get the reference).

Dana’s started his career life as a Landman in the oil industry and is still active today.  By chance, he fell into the mergers and acquisitions side of the business where he worked with ARCO, Phillips Petroleum, Chevron, Shell and many others in Texas.  During his heyday in the oil industry, he managed and oversaw many major deals (Sorry to hold back, but Dana wants to be modest here and have me leave it there. Please feel free to imagine what you like).  He moved back to Denver in 1996 resides there to this day. Today he says his oil career is on autopilot and now dedicates most of his time to KissCam.

I said in my previous blog, this whole thing started with what Dana likes to say “A missed kiss” at a Denver Nuggets game.  Now, would KissCam have ever come to fruition? That would be a huge negative! He would have gotten his public PDA in front of 18,000 stranger, I mean Nuggets fans, with his girl.  However, Dana never got his public PDA and that missed opportunity passed. Dana felt a sense of disappointment not being featured on the jumbotron. He thought to himself, “How many others in this arena feel this way?”

The next day, Dana got to work calling lawyers and domain providers to precure, reserve, and trademark KissCam.com and KissCam.   Dana has self-funded the whole business and works diligently to make sure all the components to the company are well greased and running smoothly.  He has been hands on since day one and does not plan to change that any time soon.

He has patented “Contest in the Arena” and “Contest in Public Locations”.  He’s got a few more trademarks and patents in the pipeline. The patents that KissCam has now, Dana hopes to launch the contests at sporting events here in the US and even is eyeing the European market with cricket and soccer games.  Luckily, test markets show that thanks to YouTube, Europe, India, and even New Zealand is familiar with KissCam.

As more good things come I will be the one to update you!

So, until next time KissCamers,